What is Your "Commander's Intent?"

Some of you who know me know that I helped plan the 2003 invasion of Iraq and commanded one of the lead infantry companies into Baghdad. Enemy aside, one of the most difficult aspects of the war was helping every soldier understand the plan. The plan at higher levels was hundreds of pages and complicated. Fortunately, in Ranger school they pounded one single idea into our heads during every mission, the Commanders Intent.

The commander’s intent is a very simple sentence or two that outlines the main goal a unit must accomplish before the end of the mission. Every plan looks brilliant on paper then the first shot is fired. The commander’s intent becomes the guideline against which subsequent decisions are made on the ground to out think and out maneuver the enemy until the intent is carried out.

Much of the waste in marketing is due to operating without a clear commander’s intent. I am continually astounded after reviewing the marketing strategy of a company at how often it is spaghetti What is Your “Commander’s Intent?” against the wall, ie., a big mess of sauce and noodles that no one wants to eat.

Companies seem to market in bits and drabs. One week they produce a blog post about the company president’s tradeshow speech and the next week nothing. Or they begin filling the day with purposeless busy work, like producing quotes. But what is the goal? Is it to build your list? Bring in leads? Grow a social following? The team needs to understand the company’s goals and have a plan to achieve them.

Imagine two like businesses in the same city. For a number of years they both do good work and grow through referrals until one day, they grow to a size where their referral fueled growth is not enough. The first company’s growth stagnates and in lean years even declines. The second company begins to grow, slowly at first, and then it experiences explosive growth. Three years later, the second company buys the first. What was the difference? A clear goal backed up with a plan to outthink and outmaneuver the competition.

In the old days, companies hired an ad agency who wrote an ad and ran it in the newspaper, magazine or on TV and then waited for the customers to arrive. No longer. Traditional advertising is more expensive and less responsive than ever and few small businesses utilize it profitably. Instead, the most innovative companies are using direct response methodologies. But choosing the right strategy is complex. Where do we market? What is the message? Who is it for? Video? Audio? Blog? It can all begin to blend together.

The first and biggest question has always been and will always be, what is the goal?

The good news is, complex and confusing doesn’t mean impossible. After founding or leading five companies and advising and observing hundreds of others, the one insight I have gained is that successful marketing programs are built over time through a process of innovation, testing, analysis and improvement and begin with a clear commander’s intent.

Keep up with the latest marketing trends, news, and updates. 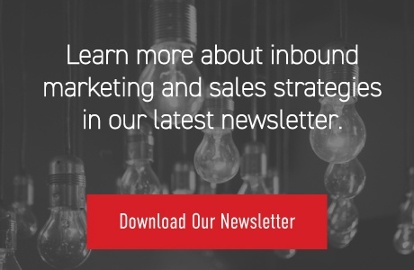