The 4 Do’s and Don’ts of Hashtags

It's no longer just Twitter that uses them—though the platform, its creators, and its users could be credited with creating them. Rather, today, social media is covered in them. Yep, we’re talking about hashtags. They're such a prominent part of culture these days, so much in fact, that people can often be heard saying the word "hashtag" in common conversation. Hashtag was even added to the Oxford Dictionary in 2010... and yet, seven years later, so many people still aren't using them quite right. That’s why we’re here to set the record straight. Here are our four biggest do's and don'ts when using those pesky, however worthwhile, little #hashtags.

Before we get started, let’s use that Oxford Dictionary definition to our advantage: “A word or phrase preceded by a hash sign (#), used on social media websites and applications, especially Twitter, to identify messages on a specific topic.”

Using hashtags often is a good thing. In fact, adding multiple at the end or even in the middle (as they make #sense in your sentence) can be very lucrative. When social media users are bored online, or just looking for something new, they often look to the “tags” section of their chosen platform. This means that they’re looking posts wherein specific hashtags have been utilized. The more often you use ‘em (intelligently, of course), the more likely you and your posts are to be found.

Hashtags encourage participation when it comes to social. Engagement online is one of the most important and worthwhile aspects of Twitter, Facebook, Instagram, and so many other platforms.

To that same point of using hashtags at will, be careful not to make them too long, or what you might think leans on the side of ‘crafty. As is true of most things, keeping it short and sweet never hurt anybody, and the same goes for hashtags. As Sprout Social explains: “Don't #spam #with #hashtags. Don't over-tag a single tweet.”

Typing in a bunch of characters as a hashtag both looks sort of silly (hashtags are words strung together if they’re not one alone, after all), and more often than not, a 20+-character hashtag won’t turn out to be very useful. You want people to search for and find your hashtags relatively naturally—this means going with the trends, at times, and choosing something a little more “on” the beaten path than off. Try to stick to a few hashtags per post, and certainly don’t use more hashtags than you do other words.

Targeting a specific audience is where your head should be at when it comes to hashtags. Focus on being specific—often times, the fewer the words in a hashtag, the better. After all, you don't want to spend all your time deciphering the separate terms that follow a hashtag, right? Well, neither do your followers.

Note: Be careful that when you’re creating your hashtags, they’re genuine to your brand, or the impression you’re trying to put forth. Even if using a plethora of hashtags seems useful because it gains you followers or interest, you want to be sure that it’s encouraging the right kind of attention.

Be sure not to change your tone of voice when creating a hashtag. This "don't" is extremely underrated, and often falls by the wayside of even the most experienced hashtag users.

If your brand is a little zany in the way it speaks and presents itself online, don't be afraid to keep that consistent within its hashtag use... yes, even if it means lessening the likelihood that that tag will help your post get found. Mashable gave a great example of this back when hashtags were really driving into the social scene full force. “In a post for The New Yorker”, they explained, “Susan Orlean points out that hashtags can provide colorful commentary as a sort of ‘muttered into a handkerchief’ aside, to give context and to convey humor or sarcasm. “Sometimes,” Orlean explained, “a hashtag is so zany or specific that there are few, if any, search results attached to it. These exist mainly for entertainment purposes… an example: “Sarah Palin for President??!? #Iwouldratherhaveamoose.”

"#Iwouldratherhaveamoose" is a fairly ridiculous hashtag, sure. But it adds humor to the end of this tweet, and despite the fact that it doesn’t exactly follow a trend, it maintains the writer’s overall tone, and suggests a certain playfulness that is just as likely to attract followers who are ‘into’ that sort of thing as any other, more specific hashtag.

At the end of the day, hashtags aren’t news to those of us in the Inbound Marketing, Content Marketing, or overall social media realms—that much is true, without a doubt. But again, lots of people still don’t use them correctly, and if that’s the case, it’s high time we all took a little refresher course. We hope these do’s and don’ts tips remind you of how to best utilize hashtags, and why doing so will continue to set you and your brand apart, keeping track on the road to success. 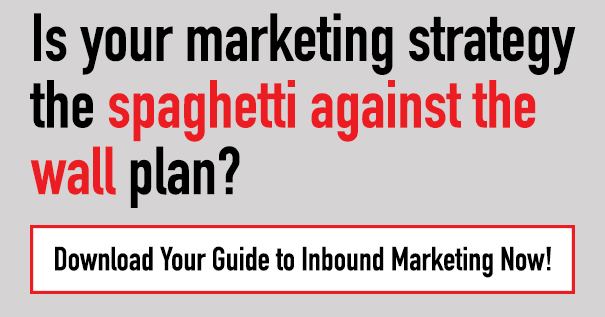